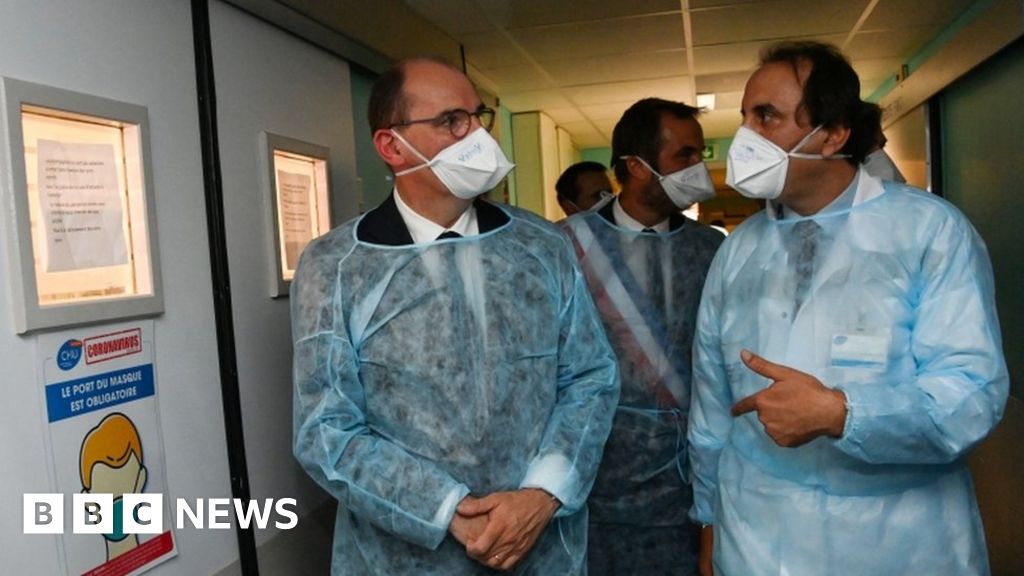 The ban on the meetings of more than 5,000 people has been extended to October 30.

“The epidemiological situation, which we are monitoring very closely, is deteriorating: 2,000 new cases per day compared with 1,000 three weeks ago,” Castex said at a news conference in Montpellier.

“About 25 new clusters are identified per day compared with five three weeks ago,” he added.

It is mandatory to wear a face veil nationwide on public transport and in indoor spaces, including shops and government offices.

The local government may make it mandatory to wear the mask, and some have recommended it in outdoor spaces, including hot tourist spots in Paris and the banks of the Seine.

More than 30,000 people died from the disease in France, which experienced a significant wave of cases in March and April.

The Health Ministry said 14 more people have died since Monday.

Its death toll remains the seventh highest in the world, although it is much lower than the US and Brazil, where more than 100,000 deaths per country are found, according to an inventory by Johns Hopkins University.

After the national lock, restrictions in France were eased in May and June and tourism is allowed once the summer vacation commences and foreign visitors are allowed.

Public gatherings of more than 5,000 people, including concerts or sporting events, will be resumed at the end of August, but Mr. Castex extended the ban to October 30.

Over the weekend, more than 10,000 people attended an illegal protest in the remote and sparsely populated Lozere region of southern France.

Unless people take action, the country faces “a high risk of outbreaks again and very difficult to control,” Castex said.

On Monday, the Ministry of Health reported that 10,800 new cases of coronavirus infection were identified in the past week.

It added that the spread of the virus was particularly prominent among young people and in cities like Paris and Marseille.

What is happening in the rest of Europe?