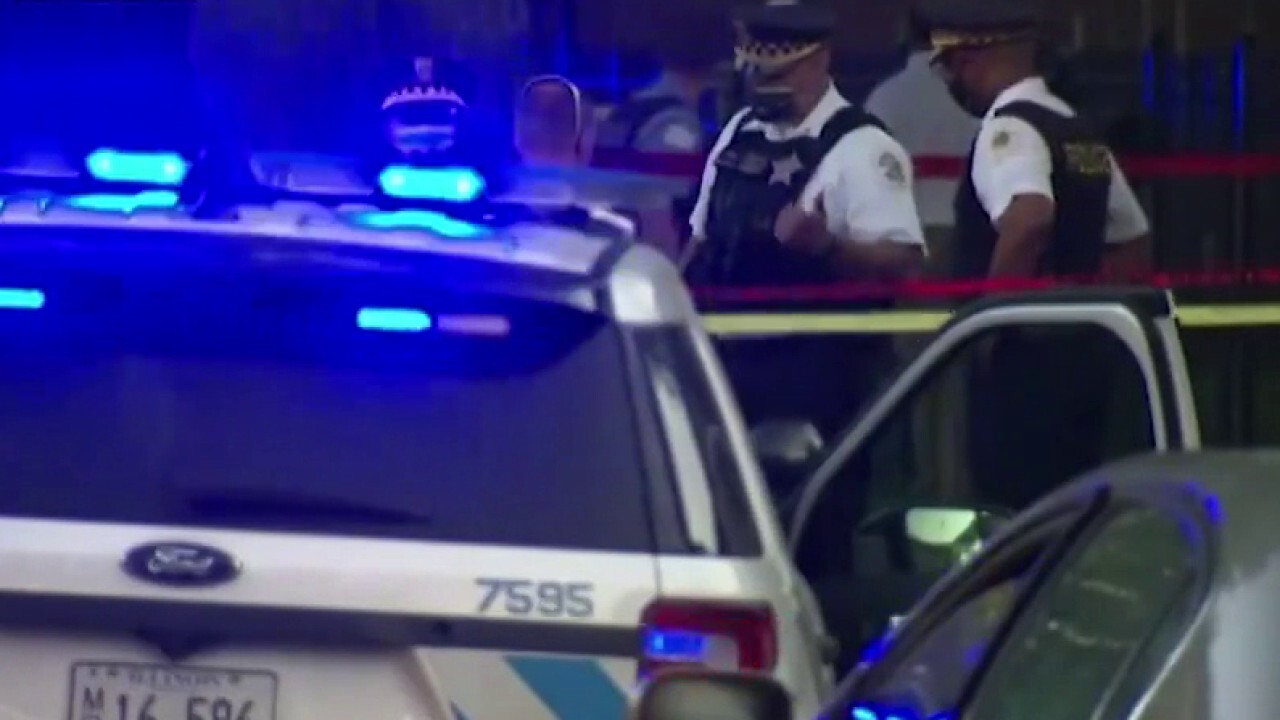 Police plunder and large-scale clashes in downtown Chicago were captured on video earlier on Monday, in response to a police-involved shooting on Sunday that left a suspect in juvenile or early 20s injured.

Fox 32 Chicago reported that the shooting occurred on Sunday afternoon in the Englewood neighborhood of the city. A crowd emerged to face the police and finally started to pull things up on the officers. Police told the Chicago Tribune that someone had spread an unfounded rumor that it was a child who had been hit by a bullet.

A police officer told a rumor that an officer was injured in the shoulder during the confrontation and one of the police cars broke the glass window. The tension lasted until the night.

Police initially responded to reports of a man holding a gun and chasing the suspect. Police said the suspect turned around and shot back at the chasing officers. The suspect̵

7;s status is unknown. The Chicago Tribune reported that a weapon was found at the scene.

The situation seems to continue to rise and is believed to have resulted in widespread riots throughout the city, including the Magnificent Mile.

Andy Ngo, the conservative journalist, took to Twitter to say “BLM-inspired riots and looting are happening in Chicago tonight.” The police “looked completely overwhelmed,” he wrote.

Ryan Baker, a manager for CBS Chicago, also tweeted, “Absolute chaos in downtown Chicago with more overnight robberies and vandalism than in Loop. Seems to be a coordinated effort with minimal police presence. “

The city had another violent weekend that left three people dead. At least 35 people were shot.

From January 1 to the end of July, there were 440 homicides in Chicago and 2,240 people shot, many of whom were killed, according to statistics released by the police department on Saturday.

There have been 290 murders and 1,480 shootings, including those killed, in the first seven months of last year.

President Trump recently announced that he would send federal agents to Chicago, to help the local administration fight crime as part of a campaign that began last year.

GET THE FOX NEWS APPLICATION

Chicago Mayor Lori Lightfoot sent back a letter to the White House, writing: “As President, we need you to take a leadership role in enacting meaningful and conventional gun laws, which you refuse to perform so far ”.