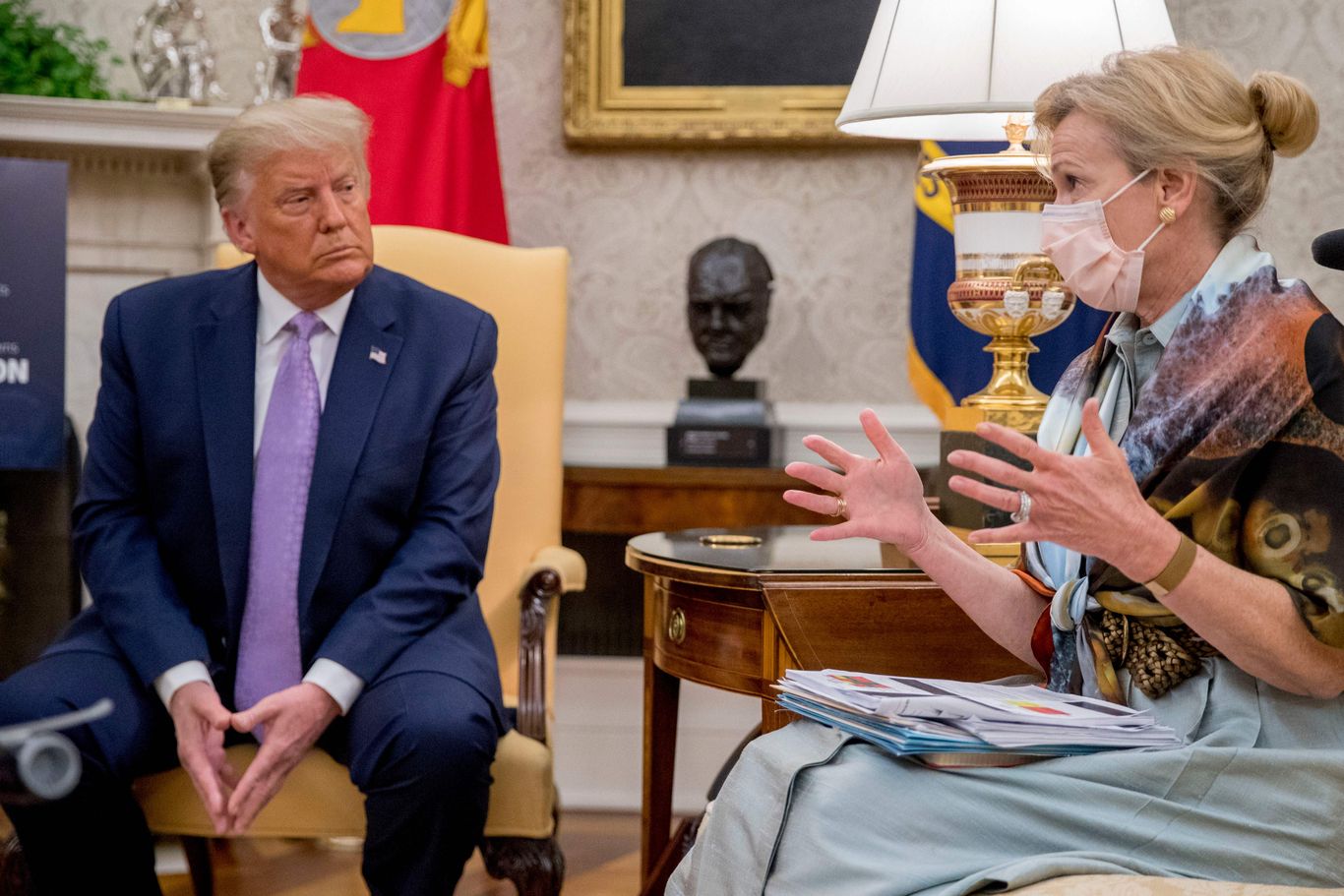 White House corona anti-virus task force coordinator Deborah Birx said in a memo collected by the Washington Post on Monday that the United States is “entering the most disturbing and deadliest phase of the pandemic. this. “

Why is it important: In the pre-election memo, Birx contradicted President Trump’s repeated statement that the United States is “rounding the corner” in the fight against the virus, as she called for “much more aggressive action” against with reaction COVID-19.

Lead the news: “This is not about lockout – It’s not about locking since March or April,” Birx said in the memo, according to WashPost and New York Times.

“The government really needs to use this moment to ask Americans to wear masks, away from gatherings in both public and private spaces.”

Remarkable: Unlike Fauci, Birx did not openly clash with Trump over the COVID-19. Axios’s Jonathan Swan is known for a more measured approach to gaining influence – strategically emphasizing what Trump wants to hear and offering multiple angles on any issue, according to Jonathan Swan of Axios.

Big picture: Cases have risen to record highs nationwide in the past few weeks.

What are they saying: The White House did not immediately respond to Axios’s request for comment. But White House spokesman Alyssa Farah defended the Trump administration’s response, saying “[w]I’m working around the clock to safely handle the virus and ultimately defeat it, “accordong told WashPost.