Biden Assistant: President-elect knows it is the media’s duty to ‘hold him accountable’ 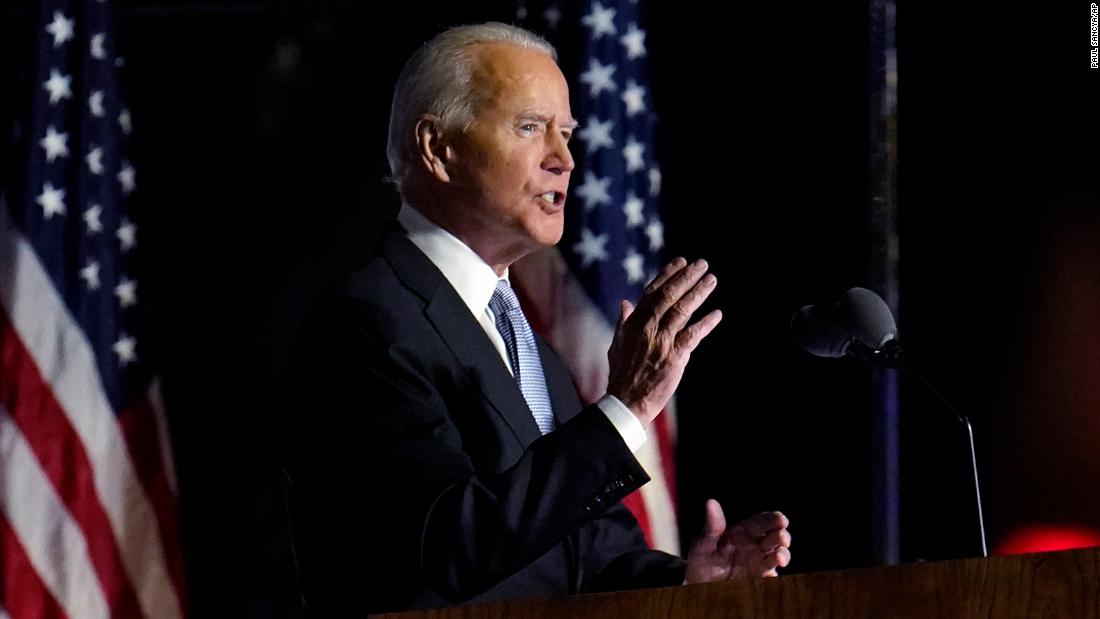 Coming soon: A normal restoration of relations between the president and the press union?

Well, President-elect Joe Biden wouldn’t call the media “the enemy of the people”, that’s for sure.

Biden arrives at church and spends time with family on Sunday – a deliberately low day following the network’s predictions on Saturday morning and Saturday night’s victory event in Wilmington. Some of his aides who were on Sunday said that, as vice campaign manager Kate Bedingfield said on “Meet the Press”, that “work begins immediately.” On “State of the Union”, senior adviser Symone Sanders said no one from the White House had called for a concession call, but “some Republicans from Hill have contacted”; with the president. dispatch. She also emphasized that Biden’s team is moving forward.
On “Trusted Sources”, I interviewed the TJ Ducklo campaign’s national press secretary, and I was impressed by his statements about the role of the fourth estate. He said things like “the media has an extremely important job to do” – words that may not be controversial at any other time in American history, but are important now, after four. Five cruel attacks aimed at the media by the commander in the room chief.
“President-elect Biden believes media is an important part of our democracy; transparency is paramount,” said Ducklo. “You will remember that we opened up all of our fundraisers during this campaign, opened it up to the press so people can see what’s going on and what’s being said.”

Ducklo said Biden also believes that “it is the media’s job to hold him accountable. He’s there to do the work of the people. And you know, he welcomes that relationship. he welcomes their role, the role of the media in our democracy. And I think to be honest, it will be in stark contrast to what we’ve seen in the past four years. about to start again …

“They voted for the truth”

I also asked Ducklo about the tainted political information environment – think of QAnon, InfoWars, Gateway Pundit, etc. – and asked how Biden could “heal” the nation and restore confidence in culture. This conspiracy is too common.

During the general election campaign, Trump was widely exposed but extremely dishonest, spreading lies through the media. Biden is harder to approach but more honest, though vulnerable and vulnerable to out-of-context attacks. So what now? How accessible will a president-elect be? On “Trusted Sources”, reporter Jon Karl, chief of ABC, said this:

“One icon that I think will be very powerful and very important is that the Biden transition begins immediately to hold regular press conferences. They didn’t do it as a campaign. That would be. happening right now The media’s job is to show that let’s ask tough questions about who is in power.We’ve certainly done it with Donald Trump. do it with President-elect Biden. “Karl points out that” steps need to be taken to make sure everything is done safely “due to the pandemic, but it can be done …

Will Biden fulfill a ‘strong public commitment’ to press freedom?

“There are many things any government can do to shape press freedom and press activity (do FOIA, leak investigation, press building subpoena, etc.) and all of them. But what I do really hope the Biden-Harris administration will do, from the outset, is to make a strong public commitment to the press and to press freedom – to be bluntly said. Free will, though imperfect, is the lifeblood of a healthy democracy One in which journalists work in good faith to inform their communities and enable democratic participation. This will go a long way towards helping restore respect for the norms that underpin freedom of the press and its implementation. “

I’ve been saying this for some time on TV and during speeches but I don’t think I’ve written it down in this newsletter before. So here’s the antagonistic approach of the media you’ve seen in the Trump years – demanding truth from power, lying, rude criticism – that approach serves us well no matter who hold high positions. If Biden says the blue sky is red, the media have to call for it. Of course, different degrees of deception deserve different treatment. A slippage cannot be equated with a smear campaign. But in any case, the media are on the side of the truth …