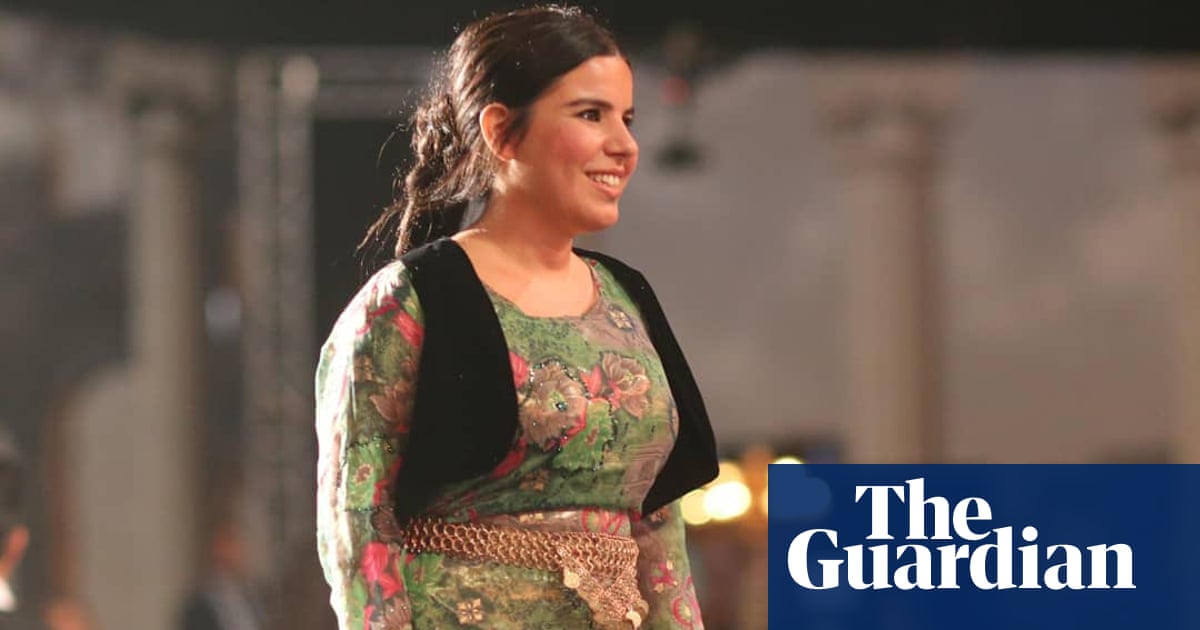 An exiled artist who has spent almost three years in prison in Turkey is illuminating Kurdish feminism with a daring exhibition of works she creates while sitting behind bars.

Zehra Doğan is among the thousands of people arrested and detained in Turkey since the 2016 coup aimed at the government of President Recep Tayyip Erdo .an. Those detained were accused of supporting the G triumphist movement, blamed for a failed overthrow, or the Kurdistan Workers̵

7; Party (PKK), a group of warriors, both outlawed.

She was jailed for her painting of a town in the southeast of the country with a majority Kurdish majority, destroyed during a Turkish military campaign after peace talks between Ankara and the PKK dissipated. burst in 2015.

The painting, along with her work as a journalist, resulted in a two-year and 10-month sentence for propagating terrorism and inciting hatred. When she was released last year, the 31-year-old left the country and feared she wouldn’t be able to return.

“In prison, I have two options: either accept it, and complain, or try to continue with my art as a means of resistance,” she said.

Turkish and Kurdish writers have long found their voice in prison, while the works of visual artists, whose documents and media have been cut, have suffered. Without paper, Doğan uses newspaper, cardboard, and clothing as canvas. As for paint, she found that crushed herbs give green color, kale is a substitute for purple, and pomegranate or menstrual blood can be used for red. Blue ballpoint pens, cigarette ash, coffee grounds, pepper and turmeric make up the majority of the rest of her prison palette.

As a result a series of striking works have been slipped out of her cell as dirty laundry, currently on display at Kıraathane24. Art space in Istanbul as Disapproved, her first solo exhibition in Turkey.

A woman’s face and body, along with Shahmaran, half woman, half snake in Kurdish mythology, are the defining feature. Drawn or painted on shawls and fabrics, they are depicted as tied with ropes made of human hair, faces twisted with pain during childbirth, or menstruation framed by traditional clothing and jewelry of the Kurds.

In one piece, Womanhood, hairless, ghost-like female faces stared at the observer from the coffee-colored dress hanging from the curtain rod. It was mounted in such a way that it looked as if an invisible wearer was dancing in the air.

The exhibition was well received by both critics and the public. But despite its success, Turkish Kurdish art is still struggling to find its place.

The ruling Justice and Development Party (AKP) took steps to improve cultural and linguistic rights for 18% of Turkey’s minority Kurds in 2009, leading to the blossoming of media. Informed the Kurds and established the first Kurdish-speaking university at Artuklu in Mersin, on the southern coast of Turkey.

However, since negotiations with the PKK collapsed, many Kurdish politicians, including pro-Kurdish Democratic People’s Party (HDP) leader Selahattin Demirtaş have been dismissed and jailed, when communication and cultural projects were also closed.

Şener Özmen, a Kurdish artist and writer, said: “Kurdish artists, who represent themselves as Kurdish and are not afraid of that identity, face more and more disappointing difficulties. nowadays. Kurdish is still a prohibited and banned language.

“A growing problem is that theaters, organizations and gallery owners basically ask artists to censor themselves. [in order not to attract trouble]. “

Doğan more optimistic. From afar, she is helping to organize seminars for young Kurdish artists and will soon collaborate with Chinese dissident Ai Weiwei in Switzerland.

Now released from prison and outside of Turkey, the artist said she is focusing on larger detention systems created by the borders. “There’s always room for improvement, but Kurdish art is changing rapidly and there is a new wave of creative artists,” she said.

“The Kurds have been fighting for our rights for 100 years. Some choose to fight with weapons. We need to learn to fight through other means. To me, that is art ”.