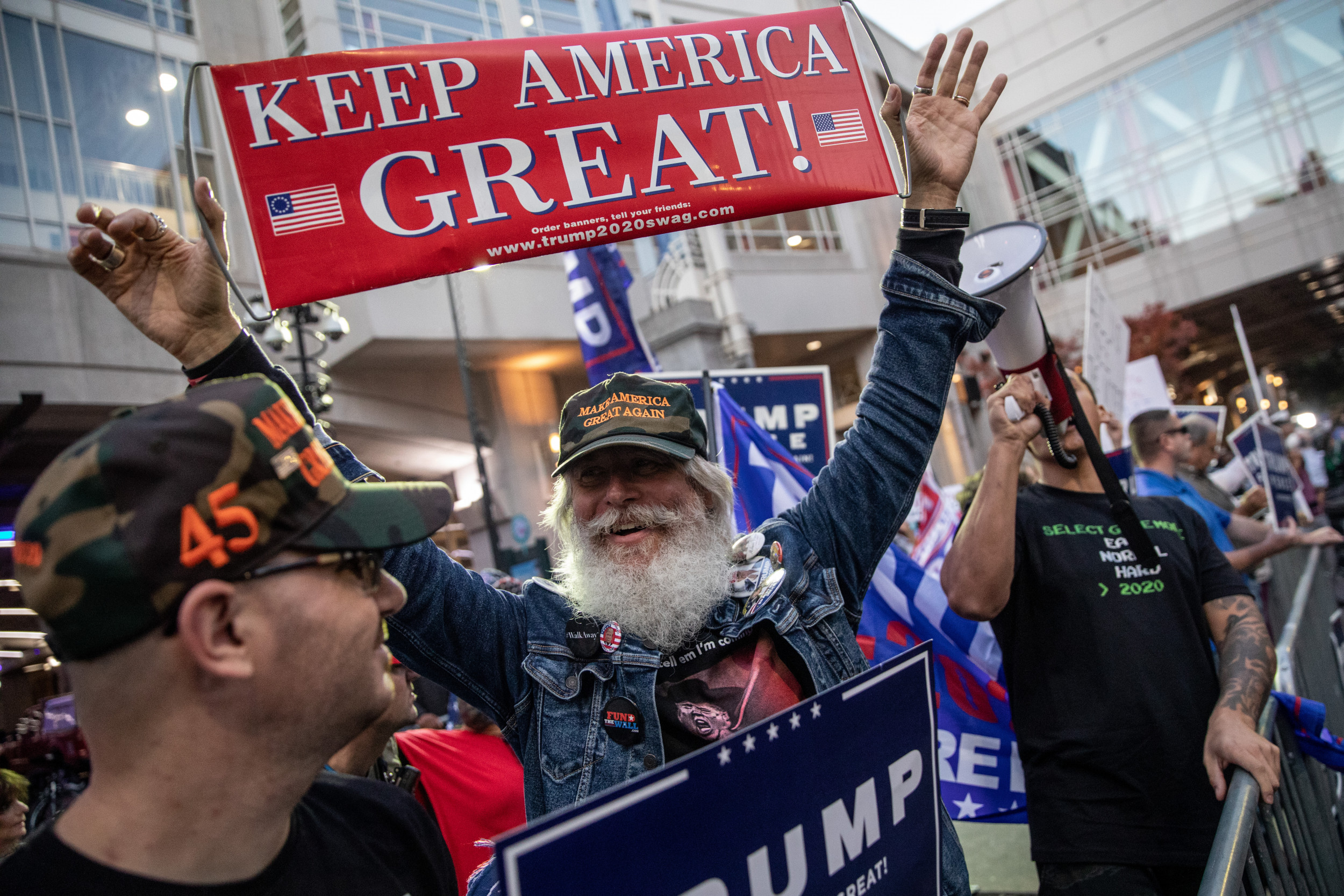 Rage Against the Machine guitarist Tom Morello responded to a video of President Donald Trump’s supporters dancing to one of the band’s most popular songs.

“Not exactly what we thought,” Morello wrote in a tweet on Friday.

The video, posted to Twitter by user Manny Alicandro, shows some Trump supporters dancing to the band’s “Killing in the Name” song in Philadelphia, as the votes are being counted in Pennsylvania.

“Currently in Philly …” Alicandro wrote as caption for the video.

According to Genius.com, the chorus focused on the band’s opposition to police brutality, with Rage Against the Machine vocal Zack de la Rocha singing that wearing the police badge was used as an excuse. justify murder.

After George Floyd’s death in the Minneapolis police detention center in May, a Rage Against the Machine fan account on Twitter shared a tweet with a picture of former officer Derek Chauvin, who was kneeling on his neck. Floyd a few minutes before he died.

“Killing In The Name. Recorded in 1992. Unfortunately also relevant in 2020”, the account owner tweeted.

In addition to the band’s guitarist, several other Twitter users responded to a video of Trump supporters dancing to the song, which is the band’s flagship single on their debut album of the same name, released on November 3. year 1992.

“When you miss the whole point of Rage against Machines,” writes Twitter user Hector.

Twitter user Scott Hechinger wrote, “These Trumps are dancing (horribly) to Rage Against the Machine’s” Killing in the Name. “A song about police brutality, killings people, white supremacy and fascism. “

A similar situation occurred in September, when Trump was seen leaving Force One during a rally in Freeland, Michigan, while “Fortunate Son” of the 60s rock band Creedence Clearwater Revival was played.

Trump’s decision to play the song during a campaign rally raised questions on social media, as the lyrics oppose the Vietnam War and class privilege in America.

In a video posted to Facebook after Trump stepped out of the song, Creedence musician John Fogerty said, “I find it confusing, I want to say that the president chose to use my song for the protests. While in reality it looks like he’s probably the lucky guy. “

Newsweek has reached out to Morello for comment but received no response during publication.