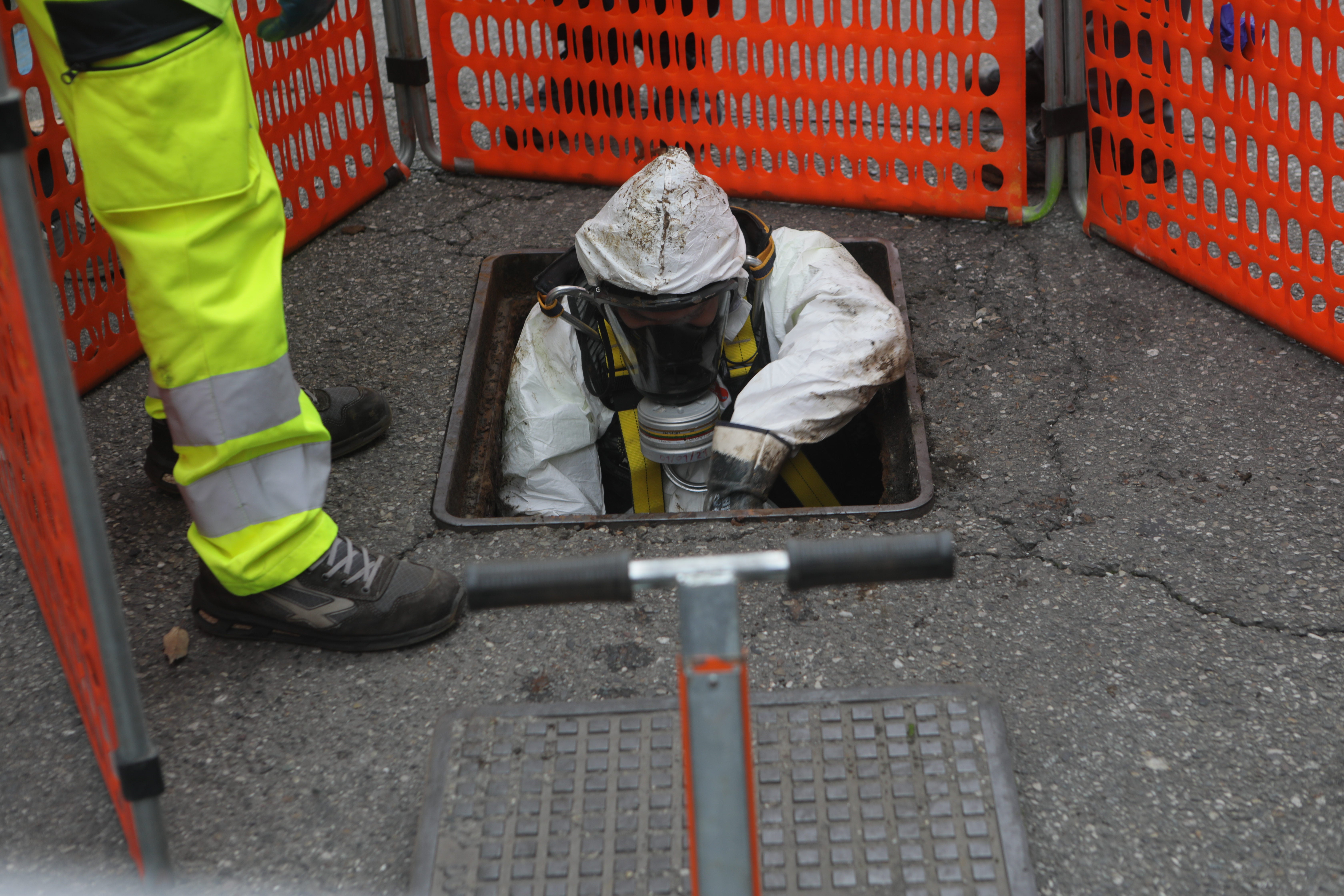 The rmed bandits try to break into a bank by squeezing through an intricate network of sewers before disappearing back into the tunnel to flee the police.

The elaborate heist saw two bandits enter the main entrance of the Crédit Agricole branch on Piazza Ascoli in Milan and point their guns at the staff, just after opening hours at 8:30 a.m. on Tuesday.

Two other gang members emerged from a manhole inside the bank connected to an underground tunnel.

The robbers grappled with the bank manager, who yelled “It̵

7;s a robbery” and held him and another employee hostage as dozens of policemen surrounded the bank.

The bank manager is said to have been shot in the head and an employee escaped. No other employees were harmed.

The police surrounded the bandits who set up fire extinguishers so that they had time to escape back to the manhole.

Officers lost them in the maze of underground tunnels.

Italian media reported that the robbers took away 20 safes, but it is not clear what they contain.

Speaking to reporters outside the bank after the challenge, the manager said: “They entered from the basement. There were three of us inside as I realized what was going on and shouted. There was a brief scuffle, but they didn’t hit me ”.

Milan prosecutors have opened an investigation.