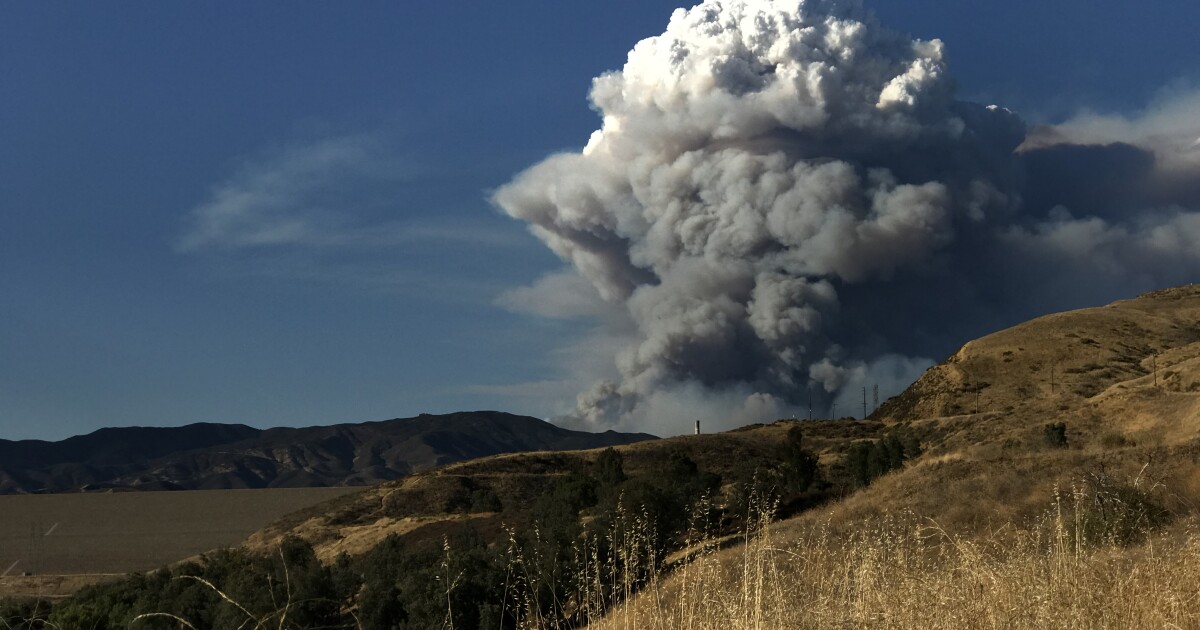 According to Marvin Lim, a Los Angeles County Fire Department spokesman was warned of the fire near North Lake Hughes Road and Pine Canyon Road around 3:30 pm.

The fire was suppressed at 0% around 6:30 pm Some residential structures, including livestock farms, are under threat.

The LA County Sheriff’s Department has announced the mandatory evacuation for residents near Lake Hughes Road, including those living west of Pine Canyon Road and south of Dry Gulch Road.

The Pine Canyon Road at Highway 1

38 has been closed, as is the area west of Pine Canyon Road on Lake Hughes Road, said Deputy Juanita Navarro, the Sheriff’s Department spokesman.

Lim said more than 300 firefighters, as well as a number of helicopters and fixed-wing aircraft, had been deployed to the scene.

“It’s a fast moving fire,” he said. “There is a lot of vegetation in the area, and it’s moving in the northeast direction.”

The smoke from the fire can be seen as far as Venice.

According to Seneca Smith, a public information officer for the Angeles National Forest, the combination of thick vegetation has not burned for several decades and dry and hot wind conditions are fueling the fire. She said she hopes to continue to grow overnight.

The cause of the fire was unknown.